In Remembrance of Carolyn Kenyon

With Christian condolence upon the death of Mrs. Carolyn Kenyon, who has entered the Church Triumphant.

Funeral arrangements to be posted soon.

Carolyn Dorothea Wiedemann Kenyon, 82, of Brockton passed away on Saturday, July 7, 2018 at St. Elizabeth’s Medical Center in Brighton after a brief illness. She was the loving wife of John “Fred” Kenyon for 61 years. Born July 22, 1935, Carolyn was the daughter of Sigurd Emil and Agnes Linnea (Larson) Wiedemann of North Easton where Carolyn spent her childhood years until her marriage in 1957.

A 1953 graduate of Oliver Ames High School, Carolyn was active as a cheerleader and as a violinist and concert mistress in the school orchestra. She worked as a secretary at Brockton’s Noonan Oil Company and later at the Howard Johnson plant. She continued to be active throughout her life. She was a member of First Evangelical Lutheran Church in Brockton, She was a Past Worthy Matron Order of the Eastern star Easton Chapter #164, and was bestowed the honor of being the Grand representative of Massachusetts Order of the Eastern star in Vermont, the Viking Club and Stenkil Lodge of Braintree, the Easton Grange #196 where she served as Chaplain, the Ingeborg Lodge #66 of the VASA Order of America where she served as Treasurer, and a member of the Easton Historical Society and Museum.

Carolyn was very proud of her Swedish and Norwegian heritage and celebrated the holidays with the food and customs of Scandinavia. She really enjoyed the comraderie of the Swedish Weaving classes at Easton’s Council on Aging’s Frothingham Hall.

Carolyn leaves her husband, Fred, her sons, John and his significant other, Emily Younie, Dean, and her daughter, Lynne, all of Brockton. Carolyn is survived by her brother-in-law, George Kenyon and his wife, Kay, and children, Thomas and Kathleen Kenyon, her sister-in-law, Elizabeth Richardson and children David and Darrin Richardson, and her brother-in-law, Richard Kenyon. She is also survived by her cousins, Priscilla Almquist-Olsen and her children, Annika Helmrich and Erik Olsen, and H. Frederick Almquist, his wife, Ellen, and their children, Allison Braley and Jennifer Reid. She was predeceased by her cousin, Karin Almquist Bell. A memorial service will be held on Saturday, July 21, at 11 a.m. at First Evangelical Lutheran Church in Brockton, MA 02301 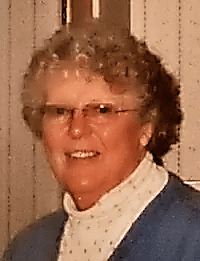 In Remembrance of Carolyn Kenyon

Make a Memorial Donation In Remembrance of Carolyn Kenyon

In Remembrance of Alton (Pete) Randall