In Remembrance of Mary Perry 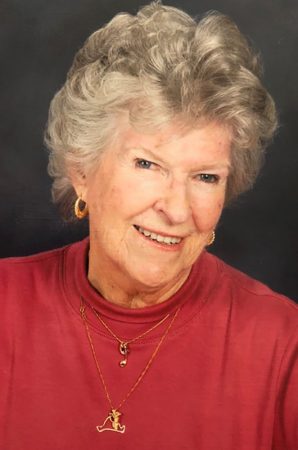 Prayers for the repose of the soul of Mary Perry. Grace and peace to her loved ones and friends.

Mary Francis Sanborn Perry died peacefully at the home of her daughter on March 18. She was 84.

She was born in 1936 in West Bridgewater, the daughter of Frank and Gladys Sanborn. She graduated from West Bridgewater High School and went on to business school, which afforded her a job at Campello Bank in Brockton in the mortgage department. She met her husband Edward A. Perry and they married in March of 1954.

Later, Mary was a devoted full-time mother of four, an excellent cook, baker, seamstress and knitter. She braided rugs, hung wallpaper, and helped design many of the houses her husband built. As the children grew independent she took a job driving a school bus at South Easton Regional High. Her bus was known as the cleanest, with the best-behaved kids.

Her husband’s construction business started locally and expanded to working on Martha’s Vineyard. The family spent many summers on the Vineyard living in unfinished homes that were always for sale. Eventually, Mary moved permanently to the Island and took a job in the front office at the Martha’s Vineyard Regional High School. There she joined a staff golf group and enjoyed playing at Farm Neck for many years with her husband and friends.

Eventually, Mary and Ed took their love of golf to Zephyrhills, Fla., every winter where they also enjoyed the casinos. She loved watching sports on television and was known to clear a room with all her shouting and cheers.

She was predeceased by her husband and a daughter, Lynne E. Perry. She is survived by her sons Robert E. Perry and Daniel E. Perry, both of Oak Bluffs, and her daughter Nancy E. Perry of Halifax; nine grandchildren and nine great-grandchildren.

A private service was held March 23 in West Bridgewater.