In Remembrance of Hans “Chris” Christensen

Hans (Chris) Marius Christensen Jr., husband of Jennie C. (Freberg) Christensen, son of the late Hans M. and Ingrid (Nӧrlov) Christensen Sr., passed away on Tuesday January 13, 2021.  He was 87 years old.  He was a beloved member of First Evangelical Lutheran Church. Prayers for the repose of his soul, and comfort and peace to all who loved him.

Calling hours will be held from 5 to 7 p.m. on Tuesday, January 19, at Dahlborg-MacNevin Funeral Home, 280 Bedford St, Lakeville, MA 02347. A Funeral service will be held at 11 a.m. on Wednesday, January 20, 2021 at First Evangelical Lutheran Church at 900 Main Street, Brockton, MA 02301. The funeral service will be streamed via Facebook from the church page at www.facebook.com/FELCBrockton for those near or far. Graveside service to immediately follow at Pine Hill Cemetery, 483 N Main St, West Bridgewater, MA 02379.
In lieu of flowers, the family requests making a memorial in his name to First Evangelical Lutheran Church in Brockton, MA, or Trindle Spring Lutheran Church in Mechanicsburg, PA, to support the church music program; the Viking Club in Holbrook, MA, to continue to celebrate the Scandinavian heritage in America; or Calumet Lutheran Ministries Camp in Freedom, New Hampshire.

He was born September 12, 1933 in Jamaica Plain, Massachusetts and spent his early childhood in Roslindale before moving to Belmont. He attended the Farm and Trades School in South Boston and graduated from Bristol Agricultural School, Dighton, Mass., Class of 1952.   He also attended Lutheran Bible Institute, Teaneck, New Jersey, Class of 1955, where he met his wife Jennie Freberg. They celebrated their 65th wedding anniversary this past October.

He lived in Brockton from 1956 before later moving to Taunton. Hans served in the United States Army as a Chaplain’s Assistant in Fussen and Munich, Germany, and followed with a job at Armstrong Cork before starting as a roofer for G. A. Moberg & Sons for 28 years until 1993. He was then a driver for Manheim Auto Auction in Dighton for 13 years.

His love of music started at a very young age when he sang in the boys choir at Church of the Advent in Boston. He was an active member of First Evangelical Lutheran Church, Brockton, where he sang in the choir, served on church council, was a Sunday school teacher, youth advisor and basketball coach.  He played in the Brotherhood Bowling League.

Hans was past Chief and Auditor of the Independent Order of Vikings – Stenkil Lodge #92. He also served as Director and President of South Shore Viking Club and was a member of Viking Voices. He was a member, and past President, of the Colonial Estates Association and served on the board at Lakeside Village in Hobe Sound, Florida.

Hans loved all Boston sports and was a fan of the Kansas Jayhawks men’s basketball team.

He is survived by his son, Dana C. Christensen and his wife Karen of Attleboro, MA; three daughters, Linda J. Lovett and her husband Tom of Brockton, Beth E. Christensen of Brockton, and Jan M. Ingraham and her husband Gary of Carlisle, Pennsylvania; three grandsons, Alexander Carl Christensen, Jack Arlen and Colin Reid Ingraham; and one granddaughter, Maeghan Ann Christensen. He was the brother of the late Marguerite Nihill. He has one nephew, Paul Stewart and his wife Ruth, and three nieces, Nancy Tatum, Karen Varshock and the late Jeanne (Stewart) Potz.  He has many other extended family members here in the United States and in Denmark. 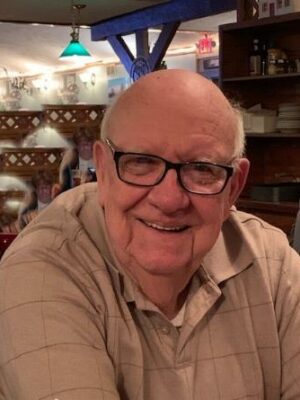 In Remembrance of Hans “Chris” Christensen

Make a Memorial Donation In Remembrance of Hans “Chris” Christensen