Elsa Mattsson Persson, age 95, wife of the late Rev. L. Einar Persson, passed away peacefully at her home in East Bridgewater, on Sunday December 5, 2021.
Born on Saturday August 7, 1926, in Proctor, VT, she was the daughter of the late Swan and Lilly (Valentine) Mattsson and was the oldest of eleven. Elsa graduated from Proctor High School, class of 1944, and was a member of St. Paul Lutheran Church in Proctor, VT.
Elsa lived and worked in East Orange, NJ, while Einar attended Upsala College. She then moved to Rock Island, IL, in 1950 while Einar attended Augustana Seminary. Elsa and Einar moved often after his senior year in 1954. They moved to Manchester, NH, to serve Gethsemane Lutheran Church. In 1957 they were sent to Grace Lutheran and Emmanuel Lutheran Church in Sandstone, MN, where Einar also served as the Prison Chaplain for 3 years.
In 1966 the couple found themselves in Marion, IN, at the Veterans Administration Hospital. In 1969 Elsa graduated from the Marion Hospital Nursing Program, and moved to Brockton, MA, to work at the Veterans Administration Hospital there. They would then settle in East Bridgewater, MA. Elsa worked for the Hallmark Nursing Home in East Bridgewater for 11 years, and Westview Rest Home for 22 years.
Elsa and Einar were active members of the First Evangelical Lutheran Church in Brockton, MA. She was a member of the Vasa Ingeborg Lodge #66 and was the president for many years.
In 1982 she and the Lutheran Church Women started Pastors Aide at the church.
Elsa is survived by her daughter MariLynn Herman and her husband Larry of Mandan, N. Dakota, son Karl Persson of East Bridgewater, grandchildren David & Emily Persson of East Bridgewater, Daryle and Jennifer of Ft. Myers, FL, Daniel Persson and his wife Katy of Milford, ME, brother Gordon (Butchie) Mattsson and Linda of Rutland, VT, and many nieces and nephews. Elsa was preceded in death by her daughter Martha and son John.
A graveside service for Elsa will be held on Wednesday December 15, 2021, at 11:00AM at Pine Hill Cemetery in West Bridgewater, MA.
A reception will be held afterwards at First Evangelical Lutheran, Brockton.
In lieu of flowers, the family kindly asked that donations in memory of Elsa be made to Old Colony Hospice 321 Manley Street, West Bridgewater, MA 02379.
Obituary 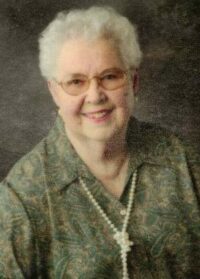 Make a Memorial Donation In Remembrance of Elsa (Mattsson) Persson

In Remembrance of Erik A. Johnson

In Remembrance of Dennis Kurinska