Edgar W. Ohman, age 94, passed away peacefully at his home in West Bridgewater, MA, on Monday June 27, 2022, surrounded by his family. He was the loving husband of the late Charlotte June (Anderson) Ohman. The son of the late Emil and Edith (Lindberg) Ohman, Edgar was born in Brockton, MA, on Thursday June 30, 1927. Edgar was a resident of Brockton, MA, Cape Neddick, ME, and West Bridgewater, MA. He was a lifelong member of the Prince of Peace Lutheran Church in Brockton, MA, and was an active member of their choir.

Edgar graduated from Brockton High School, class of 1945. During WWII, he proudly served his country as a member of the United States Navy where he developed skills in the new field of computer operations and data processing. He then continued his education studying accounting at Bentley College and held a long fulfilling career with Liberty Mutual as a Computer Operations Manager.

Edgar was a member of the Greater Brockton Camera Club and the Photographic Society of America. He received awards for his photography and was pleased to have numerous photographs published.

Edgar and June shared a love for travel and camping trips with their three young children, as well as trips to Europe over the years. Edgar was an adventurous skier, hiker, and birder, and loved to share these experiences with his family and friends. In retirement, his enthusiasm for railroads and trolleys led him to volunteer at the Seashore Trolley Museum in Kennebunkport, ME.

Edgar lived his life with a generous spirit, love of family, and pride in his Swedish-Finnish heritage. His devotion to family was exemplified in the care he took of June during her struggle with Alzheimer’s. He will always be remembered for the gatherings he and June held for their extended family at Christmas, and for imparting his love for family lore and traditions to his grandchildren.

All are welcome to attend visiting hours from 10:00 – 11:00AM on Thursday July 21, 2022, at Dahlborg-MacNevin Funeral Home 280 Bedford Street Lakeville, MA 02347, followed by a memorial service at 11:00AM. Interment will immediately follow the memorial service in Pine Hill Cemetery in west Bridgewater, MA. In Lieu of flowers, memorial donations may be made to the Alzheimer’s Association or Old Colony Hospice. 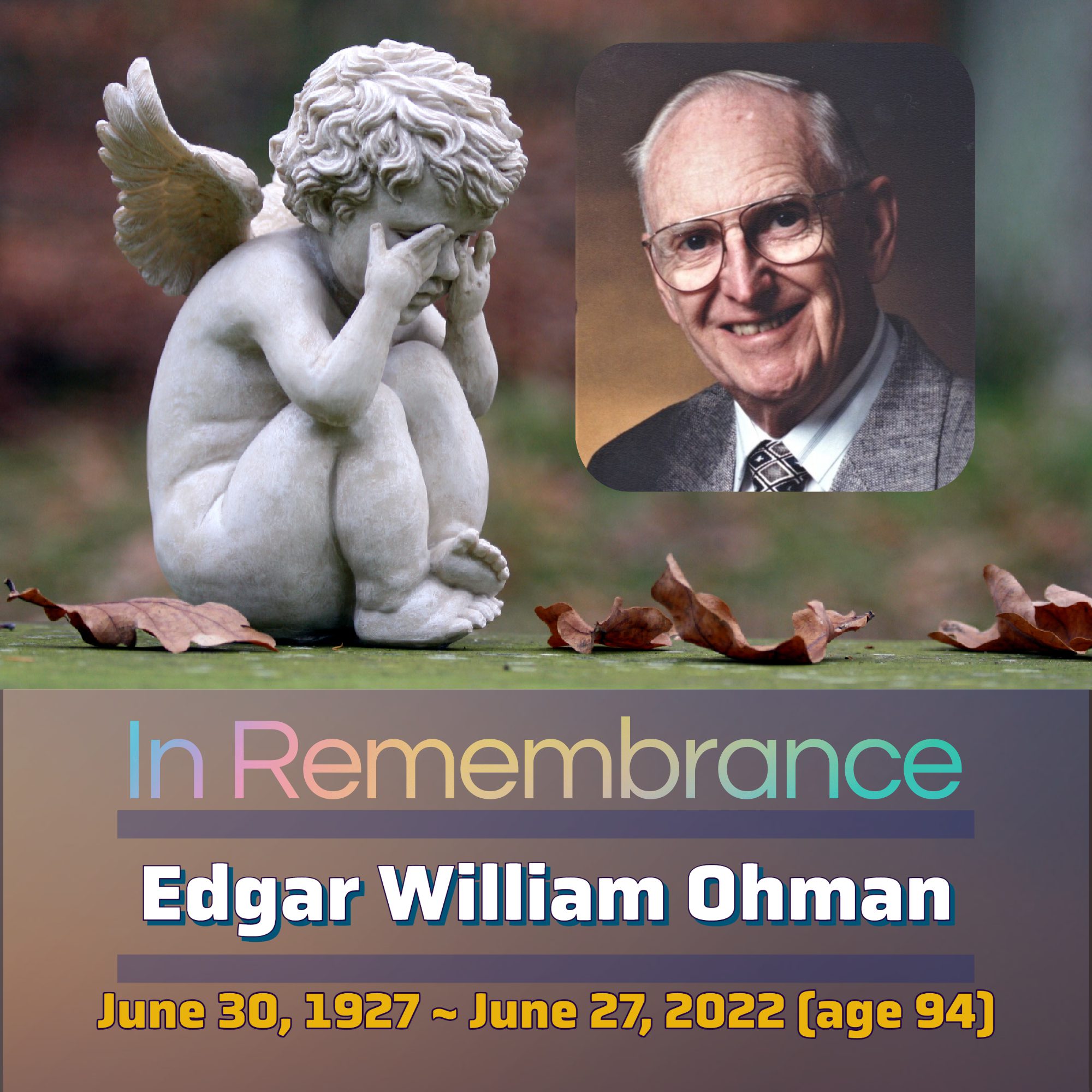 Make a Memorial Donation In Remembrance of Edgar William Ohman

In Remembrance of Hope E. Mahaffey